Patronus provides custom medical solutions to discerning individuals and families, and the exclusive destinations that welcome them. For individuals, families or facilities with clientele in need of private, attentive, exceptional care no matter the time or place. 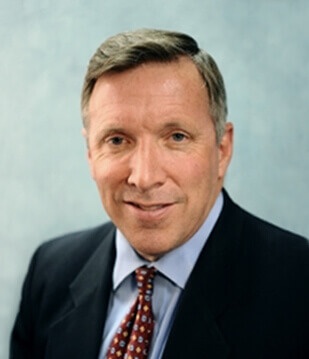 Robert G. Darling, MD, is the Founder and Chief Medical Officer of Patronus Medical, LLC. In 1996, Dr. Darling became the first board-certified emergency medicine physician to serve the President of the United States as White House Physician. He served President Clinton, Vice President Gore, their families, and other presidential support units at the White House, Camp David, classified emergency relocation facilities, and aboard executive aircraft including Air Force One and Marine One. He also provided primary care and protective medical support services in more than 40 countries with no Western-style backup medical care. Dr. Darling played a key role in developing Top Secret emergency contingency plans bearing constitutional impact, considering, analyzing and countering the greatest threats to the continuity of government of the United States of America.

After completing his tour as White House Physician, Dr. Darling served as emergency physician, flight surgeon, and Director of the Aeromedical Isolation Team for the Operational Medicine Division of the U.S. Army Medical Research Institute of Infectious Diseases (USAMRIID). In the latter role, he specialized in mitigating the medical consequences of biological weapons and bioterrorism. Dr. Darling has also served as the Director of the Navy Medicine Office of Homeland Security, where he guided Navy Medicine in preparing for the medical and public health consequences of natural and man-made disasters in hospitals and clinics throughout the world.

After Captain Darling retired from the Navy in 2006, he was named Director of the Center for Disaster and Humanitarian Assistance Medicine, where he led health care reconstruction efforts in Afghanistan, prepared for pandemic influenza outbreaks, conducted HIV/AIDS educational initiatives in the Caribbean and South America, and prepared for and responded to other humanitarian disasters worldwide.

Dr. Darling holds a Bachelor of Science degree in Biology with honors from Adelphi University and a Doctor of Medicine degree from the Uniformed Services University of the Health Sciences (USUHS). He completed his transitional medical internship at the National Naval Medical Center in Bethesda, Maryland, residency in emergency medicine at the Naval Medical Center San Diego, and basic flight training at the Naval Aerospace Medical Institute (NAMI) in Pensacola, Florida. He served as flight surgeon aboard the aircraft carrier USS Theodore Roosevelt (CVN-71) and was second seat qualified in both the F-14A and A-6E tactical jets. He has been published in numerous professional journals and has lectured around the world.

Dr. Desjardins is the Chief Medical Director of Patronus Medical, LLC. Dr. Desjardins is a diplomate of The American College of Emergency Physicians and a senior partner of Emergency Services Medical Corporation. In this role, he provides state of the art and cutting edge care and treatment for critically ill and injured patients in the greater San Diego area. In addition to his service on the Emergency Department Supervisory Committee, Dr. Desjardins is a nationally recognized expert regarding standard of care for Emergency Services. Additionally, he was President and Founder of APD, Inc., a private health management company providing personalized medical services to individuals and families.

Dr. Desjardins was recently recognized by The International Association of Healthcare Professionals and awarded membership in The Leading Physicians of the World and designated as Top Emergency Medicine Physician in San Diego. He is also an internationally recognized speaker regarding non-opiate, multimodal acute pain management.

Previously, Dr. Desjardins served as a Commissioned Officer in the United States Navy. During his military career, he distinguished himself as US Navy Flight Surgeon and Air Combat Element Surgeon for the Second Marine Air Wing, Jacksonville, North Carolina. Dr. Desjardins went on to receive additional training and became a NASA Flight Surgeon, providing medical care and mission support to our country’s finest aviators and astronauts. His focus then was wellness; physical readiness and optimization; preventive medicine; and contingency planning and implementation for medical emergencies. Dr. Desjardins brings to Patronus significant experience using genomics, advanced digital technology, and tele-health systems to optimize doctor-patient interaction and communication.

Dr. Desjardins holds a Bachelor of Science degree in Biology with honors from Wake Forest University and a Doctor of Medicine degree from Virginia Commonwealth School of Medicine. He was Chief Resident during his residency in Emergency Medicine at Naval Medical Center San Diego. Additionally, he completed specialty training in aerospace medicine at the NASA Johnson Space Center in Houston, Texas and the Naval Aerospace Medical Institute in Pensacola, Florida. He is currently completing a degree in advanced genomics at Stanford University. Dr. Desjardins maintains active membership in The American College of Emergency Physicians, The American Telemedicine Association, and The Society of Aerospace Medicine. Ryan Schwartz serves as Chief Executive Officer of Patronus Medical, a position he has held since March 2020.

Prior to joining Patronus, Mr. Schwartz spent more than two decades in insurance services as the Chief Operating Officer of a national firm with responsibility for sales, marketing, customer service, operations and administrative functions. He joined that organization after receiving a degree in Risk Management and Insurance from the University of Georgia’s Terry College of Business. He is a member of the Young Presidents Organization.

In addition to his corporate roles, Mr. Schwartz is actively involved in philanthropy and leadership of numerous civic organizations. He is a trustee and Past Chairman of The Community Foundation for Northeast Florida, a $500 million foundation where he currently chairs its strategic planning process. In addition, he is a trustee of the University of North Florida Foundation. Mr. Schwartz is Past Chairman of the Cummer Museum of Art and Gardens, the Ronald McDonald House of Jacksonville and the Nonprofit Center of Northeast Florida. He chaired the $13 million campaign to expand the Ronald McDonald House and has led the search for executive directors for multiple nonprofit organizations. He participated in The Community Foundation’s Philanthropic Initiative program and Leadership Jacksonville. Mr. Schwartz has been named the Association for Fundraising Professional’s “Outstanding Volunteer in Fundraising.”